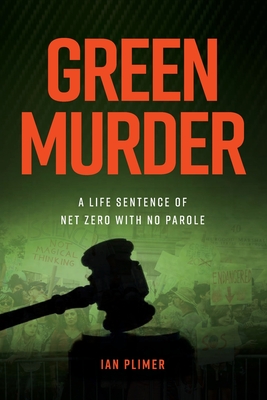 It has never been shown that human emissions of the gas of life drive global warming. Large bodies of science that don't fit the narrative have been ignored by IPCC, COP and self-interested scientists paid by taxpayers. A huge subsidised industry of intermittent unreliable wind and solar electricity has been created based on unsubstantiated science. The same hucksters now want subsidised hydrogen, costly inefficient EVs, subsidised mega-batteries and other horribly expensive tried and failed schemes to impoverish people, create unemployment, transfer wealth and enrich China. Germany, Texas, California and the UK had a glimpse of Net Zero with blackouts, astronomically high electricity costs and hundreds of deaths. We once had reliable cheap electricity and now that governments have gone green, we are heading for hard economic times.

They murder free speech and freedoms and their takeover of the education system has ended up in the murdering of the intellectual and economic future of young people. They terrify children into mental illness with their apocalyptic death cult lies and exaggerations. They try to divide a nation. They are hypocrites and such angry ignorant people should never touch other people's money.

The greens are guilty of murder. The sentence is life with no parole in a cave in the bush enjoying the benefits of Net Zero.