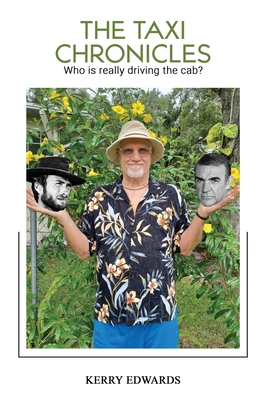 Kerry Edwards's life took an adventurous turn when the world, especially the USA, got hit by the Great Recession of 2008. Unemployment was peaking, people were struggling, and as a salesman, Kerry's luck had withered for there was nothing people were willing to buy.

The world was changing, and unfortunately not for the better. Kerry applied at multiple places and got one hit. Driving taxis around the city

Little did he know that his job will bring him some of the craziest stories to narrate. Stories that would one day be compiled as a book for their quirkiness, stemming from Kerry's own 'personalities'.

Sean Connery and Clint Eastwood both make cameos in the book from Kerry's mind that push him to be the hero he hides within himself. His introverted persona vanishes when Eastwood takes over the wheel and plays along to the insanity that some of Kerry's rides bring him. From saving a mother and her kids from thugs and druggies, to shutting up a condescending too-good-for-you customer, Kerry has seen it all, and experienced it all.

With Connery and Eastwood to guide him through his difficulties, Kerry learned to become a better version of himself as he saved complete strangers, got his heart broken, and traveled the city to drop off the strangest characters to walk this earth