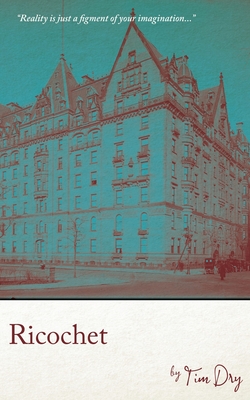 "With 'Ricochet' I wanted to break away from the traditional linear form of storytelling in a novella and instead create a series of seemingly unrelated vignettes. Like the inconsistent chaos of vivid dreams I chose to create stand-alone episodes that vary from being fearful to blackly humorous to the downright bizarre. It's a book that you can dip into at any point but there is an underlying cadence that will carry you along, albeit in a strangely seductive new way.

Prepare to encounter a diverse collection of characters. Amongst them are gangsters, dead rock stars, psychics, comic strip heroes and villains, asylum inmates, UFOs, occult nazis, parisian ghosts, decaying and depraved royalty and topping the bill a special guest appearance by the Devil himself."