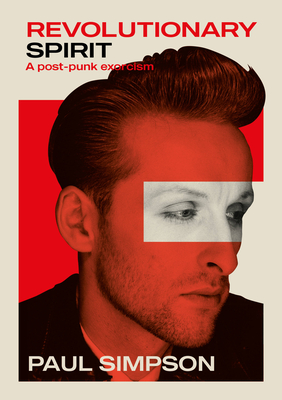 If Morrissey was the Oscar Wilde of the 1980s indie scene, Simpson was its William Blake; a self-destructive genius so lost in mystical visions of a new arcadia that he couldn’t meet the rent.

Simpson’s career begins alongside fellow Liverpool luminaries Ian McCulloch, Bill Drummond, Will Sergeant, Pete Wylie, Pete Burns, and Holly Johnson at the infamous Eric’s club, where, in 1976, he finds himself at the birth of the city’s second great musical explosion. He co-founds and christens the neo-psychedelic pop group The Teardrop Explodes with Julian Cope but walks out of the band just as they are about to break big and goes to work in a tearoom instead. He then forms The Wild Swans, the indie-band of choice for literary-minded teens in the early 1980s, and Care with Ian Broudie of The Lightning Seeds, sharing a flat with a seventeen-year-old Courtney Love along the way.

Marriage, fatherhood, tropical illness, and divorce follow, interspersed with artistic collaborations with Bill Drummond and members of The Brian Jonestown Massacre, among others. Following an onstage reunion with Cope at the Royal Festival Hall, Simpson discovers that seven thousand miles away, in the Philippines, he is considered a musical god. Presidential suites, armed-guards, police escorts—you couldn’t make it up, and, incredibly, he doesn’t need to.

Revolutionary Spirit is the story of a musician driven by an unerring belief that artistic integrity will bring its own rewards. It concludes with an exorcism of sorts as Simpson finally rids himself of the debilitating demon of psychological depression that has, from the age of nine, run like malware in the background of his life.

Paul Simpson is a Liverpool-based musician and artist. Across four decades in music, he has released critically acclaimed singles and albums with The Teardrop Explodes, Care, and The Wild Swans, whose new album, Flowers of Sulphur, is due in 2022. In 2000, he completed a Visiting Fellowship at Liverpool School of Art and Design at John Moores University, where he worked on the spoken-word project The Dream Diaries. Today, Paul paints and creates collages from his home on the banks of the River Mersey. He is currently working on his novel.