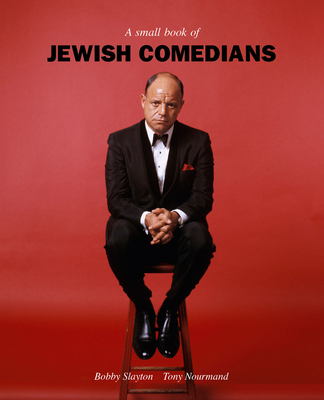 In 1978, Time magazine estimated that around 80 percent of professional American comics were Jewish, and Jewish humor remains a foundation stone of American popular culture and humor. This book is not intended as a definitive tome but is instead a joyful and irreverent celebration of great photography and some of the greatest one-liners of the 20th century, ripe in satire, anecdote, self-deprecation and irony.
Featuring photographs of comedians such as Larry David, Fran Lebowitz, Mel Brooks, Sid Caesar, Lenny Bruce, Rita Rudner, Joan Rivers and George Burns, the book's portraits are accompanied by one-liners such as: "Outside of a dog, a book is a man's best friend. Inside of a dog, it's too dark to read." (Groucho Marx); "When I was a boy the Dead Sea was only sick." (George Burns); "It was a Jewish porno film ... one minute of sex and nine minutes of guilt." (Joan Rivers); "You know who wears sunglasses inside? Blind people and assholes." (Larry David); "I am not the type who wants to go back to the land; I am the type who wants to go back to the hotel." (Fran Lebowitz).