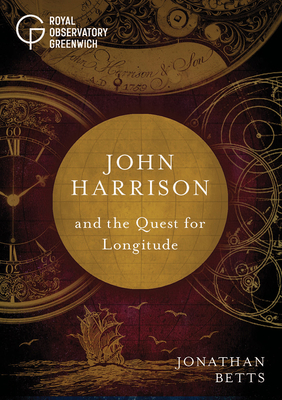 By Jonathan Betts
Out of Print

The quest to accurately determine longitude at sea was one of the most remarkable endeavors of the eighteenth century. This is the story of John Harrison (1693–1776), the self-taught English clockmaker who dedicated his life to solving the ocean’s longitude problem.

From the end of the fifteenth century, merchants, explorers, and adventurers took to the open seas in unprecedented numbers as worldwide trade increased. These journeys were hazardous not only because of the inherent dangers of the ocean but also because, once out of sight of land, sailors had no accurate means of knowing their exact position. Long-distance sea travel was so dangerous that, in 1714, the British Parliament offered a prize to anyone who could solve the problem. Inspired, Harrison designed and built the marine chronometer: the first device to calculate longitude at sea. The chronometer quickly became a vital tool of maritime trade, revolutionizing sea travel and saving countless lives.

John Harrison and the Quest for Longitude is the fascinating account of one man’s quest to solve one of the greatest practical problems of his time. With sixty full-color images and technical drawings throughout, it sheds important new light on a fundamental piece of British maritime and horological history.