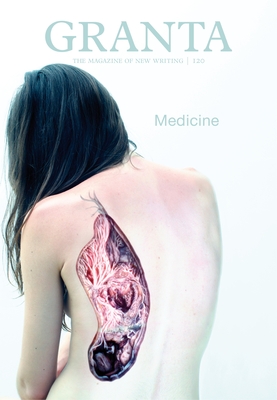 From the chalky horse-pills of faceless pharmaceutical conglomerates to the hot toddy that was Grandmother's remedy for bruised knees, broken hearts and everything besides, here are stories about the ways we face our ailments and the ways we seek to cure ourselves. Rose Tremain contributes an extract from Merivel, a follow-up to her award-winning Restoration; Alice Munro writes a haunting, beautiful memoir about a strange phase in her childhood; Gish Jen tells a story about two brothers who are fixing up a house . . . but can't quite fix up the ageing parents who will live in it. The issue includes new poetry by Ben Lerner, Angela Carter, James Lasdun and Kay Ryan as well as non-fiction pieces by Terrence Holt and a highly regarded writer who breaks her silence about living with MS.

John Freeman's criticism has appeared in more than two hundred newspapers around the world, including The Guardian, The Independent, The Times (UK), and The Wall Street Journal. Between 2006 and 2008, he served as president of the National Book Critics Circle. His first book, THE TYRANNY OF EMAIL, was published in 2009. His poems have appeared in The New Yorker and Zyzzyva.