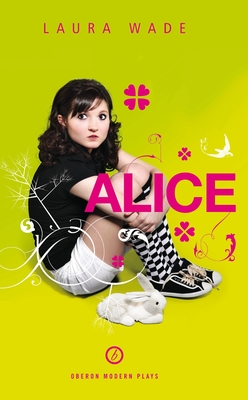 By Lewis Carroll, Laura Wade (Adapted by)
Out of Print

The White Rabbit is late for the Duchess. The Cheshire Cat won't stop grinning. And the Hatter is, well, mad. In the middle of it all is Alice, a young girl with a vivid imagination and a family life that's less than perfect.

In this new adaptation by renowned playwright and Sheffield native, Laura Wade, you can follow Alice as she escapes her bedroom to find adventure in a topsy-turvy world. Based on Lewis Carroll's classic tale, Wade's adaptation breathes fresh life into a much-loved story about rabbit holes, pocket watches and talking caterpillars.

"Fabulous fun, as Laura Wade grabs hold of Lewis Carroll's classic and runs with it. Furiously inventive and wonderfully designed. Lyndsey Turner's production is as mad as a bag of trifle” - The Critical List - Sunday Times Culture Magazine

"In Laura Wade's engaging new version of Lewis Carrol's Alice in Wonderland a classic is given a wonderfully ingenious twist." - Lynne Walker, The Independent