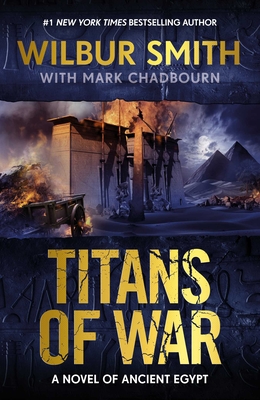 Global bestselling author of River God and The New Kingdom, Wilbur Smith, returns with the next epic book in his brand-new Ancient Egyptian series.

A RUTHLESS ENEMY. A CIVILISATION IN RUINS. A QUEST FOR SALVATION.

For over fifty years Egypt has known nothing but war and devastation at the hands of the Hyksos, a bloodthirsty barbarian people from the distant east who continue to advance, crushing armies in their wake. Times are desperate, but throughout the conflict, a brave resistance fights on under the great Taita, a slave who has risen far beyond his ranks.

Piay, entrusted into Taita's care by his parents at the age of just five, has been trained to become a great spy, unmatched by any other. Determined to prove his worth, he embarks on a dangerous mission to the north - to Mycenae and through the heart of Hyksos land and across the great sea - to find allies to help defend Egypt. As the situation becomes increasingly precarious, and the fate of the kingdom is hanging in the balance, can Piay succeed in his quest or will this mean the end of the glory that is Egypt once and for all?

Wilbur Smith was born in Central Africa in 1933. He became a full-time writer in 1964 following the success of When the Lion Feeds, and has since published over fifty global bestsellers, including the Courtney Series, the Ballantyne Series, the Egyptian Series, the Hector Cross Series and many successful standalone novels, all meticulously researched on his numerous expeditions worldwide. An international phenomenon, his readership built up over fifty-five years of writing, establishing him as one of the most successful and impressive brand authors in the world.
The establishment of the Wilbur & Niso Smith Foundation in 2015 cemented Wilbur's passion for empowering writers, promoting literacy and advancing adventure writing as a genre. The foundation's flagship programme is the Wilbur Smith Adventure Writing Prize.

Wilbur Smith passed away peacefully at home in 2021 with his wife, Niso, by his side, leaving behind him a rich treasure-trove of novels and stories that will delight readers for years to come. For all the latest information on Wilbur Smith's writing visit www.wilbursmithbooks.com or facebook.com/WilburSmith