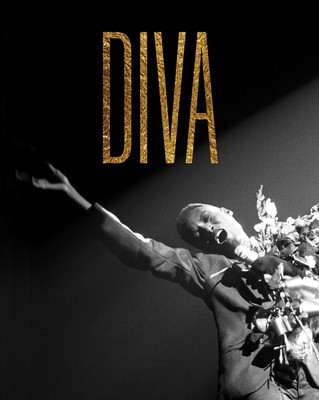 From Bette Davis to Beyoncé, Maria Callas to Mariah Carey, this gorgeously illustrated book takes a look at what it means to be a diva

Originating from the Latin for deity or goddess, the term diva has evolved to become a far more complex—and loaded—term. Delving into public and private personas of performers from Jenny Lind to Sarah Bernhardt, Nina Simone to Rihanna, this book looks at what it means to be a “diva” and how this has been subverted and embraced over time. Kate Bailey opens the book with an essay on the transformation of the diva from 19th-century opera and stage star to the 20th-century silent screen siren. Six thematic chapters focus on different aspects of diva-dom: Performing the Diva looks at how Hollywood icons Elizabeth Taylor and Bette Davis cultivated their personas through their approach to costume and attitude and how this has been taken up by performers such as Cher, Elton John, and Mariah Carey; Voice for Change discusses the political activism of artists such as Billie Holiday and Miriam Makeba; Status, Power, and Freedom explores the agency and brand acumen shown by artists including Dolly Parton and Beyoncé; Rebel Reinvention touches on the pursuit of radical new ways of performing via the work of Debbie Harry, Madonna, Missy Elliot, Lady Gaga, and others; Liberating the Diva considers the way that musicians such as Tina Turner, Freddy Mercury, Grace Jones, and Miley Cyrus have played with expectations about gender and sexuality; and, finally, All By Myself examines the tensions between public and private life experienced by the likes of Britney Spears and Liza Minnelli.

Illustrated with dynamic performance pictures and sumptuous stage costumes, Diva is a look at the glamour, celebrity, fashion, and feminism inherent in being designated a “diva.”

Kate Bailey is senior curator of design and scenography in the Theatre and Performance Department at the V&A.