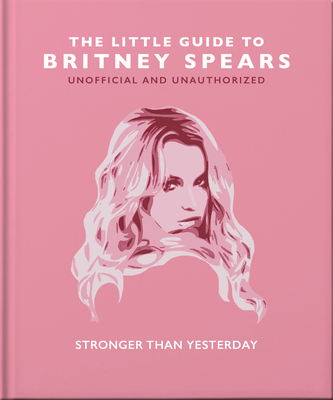 'Success is a state of mind... Success isn't about conquering something; it's being happy with who you are.' - Stylist Magazine, 2011.

Multi-platinum, Grammy Award-winning pop icon Britney Spears is one of the most successful and celebrated entertainers in pop history selling nearly 150 million records worldwide. Born in Mississippi and raised in Louisiana, Britney started out as a dancer and gymnast, before landing a role at twelve years old in 'The All New Mickey Mouse Club'. She became a household name as a teenager when she released her first single '...Baby One More Time'.

This collection of Britney's relatable, inspiring and hugely optimistic quotes reveals a caring, generous personality who champions following your dreams. Despite a very public and at times troubling life, this is a book which sparkles with positivity and happiness; the 'Princess of Pop' offers you the best advice and lifts you up when you're down.

'Performing is my therapy, to become different people onstage.' USA Today, 2013
'I have my relationship with God and myself, and that's what matters to me. I really don't care what most people think.' - V Magazine, 2016.