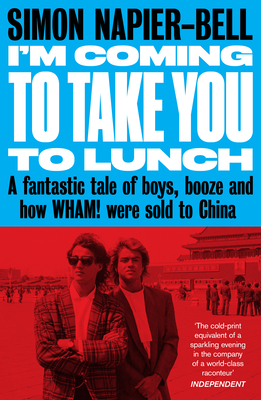 London, 1983. Pop impresario Simon Napier-Bell has had enough. Tired of managing groups, and sick of the constant grief at home, with his two ex-boyfriends bickering and bleeding him dry, he's ready to give up the music business for good and start a new life in his beloved South East Asia. But before he gets the chance, he falls in love with a new passion: a dynamic young duo, George and Andrew, jointly called Wham . Soon, in an audacious bid to have the best of both worlds, he finds himself offering to arrange for Wham to be the first-ever Western pop group to play in communist China - a masterstroke of publicity which, in one swift move, would make them one of the biggest groups on the planet. What follows is an exciting and unpredictable globe-trotting adventure in the company of a cast of petulant pop stars, shady businessmen and a confusion of spies, students and officials, as Napier-Bell edges closer to inadvertently becoming one of the first Westerners to break down the walls of communist China.

Simon Napier-Bell has been a film composer, songwriter, record producer, and author, but he is best known for having managed such artists as The Yardbirds, Marc Bolan, Japan and Wham!. Under his management, Wham! became the first Western pop group ever to play in Communist China. He is the author of three other books about the music industry: You Don't Have to Say You Love Me, Black Vinyl White Powder and The Business, as well as the forthcoming memoir Sour Mouth, Sweet Bottom. He is CEO of the Pierbel Entertainment Group, and continues to consult, write and broadcast on the music industry.