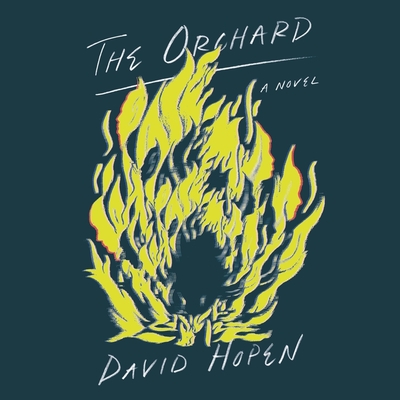 By David Hopen, Micky Shiloah (Read by)
$55.99
Email or call for price

“Evocative of both Donna Tartt and Chaim Potok, The Orchard boldly dives into the depth of teen drama and Jewish philosophy and emerges with a heartfelt story of transformation. Ari is entering his senior year when his parents decide to move from their Orthodox Brooklyn community to a more modern enclave in suburban Miami. His surprising acceptance into an elite clique at his new school has him grappling with questions regarding pleasure and spirituality as he attempts to find his way with his new peers. Straying from the teachings of his youth, he is drawn to investigate his religion in increasingly surprising ways, with unforeseen consequences. An impressive debut!”
— Luisa Smith, Book Passage, Corte Madera, CA

Ari Eden's life has always been governed by strict rules. In ultra-Orthodox Brooklyn, his days are dedicated to intense study and religious rituals, and adolescence feels profoundly lonely. So when his family announces that they are moving to a glitzy Miami suburb, Ari seizes his unexpected chance for reinvention.

Enrolling in an opulent Jewish academy, Ari is stunned by his peers' dizzying wealth, ambition, and shameless pursuit of life's pleasures. When the academy's golden boy, Noah, takes Ari under his wing, Ari finds himself entangled in the school's most exclusive and wayward group. These friends are magnetic and defiant--especially Evan, the brooding genius of the bunch, still living in the shadow of his mother's death.

Influenced by their charismatic rabbi, the group begins testing their religion in unconventional ways. Soon Ari and his friends are pushing moral boundaries and careening toward a perilous future--one in which the traditions of their faith are repurposed to mysterious, tragic ends.

Mesmerizing and playful, heartrending and darkly romantic, The Orchard probes the conflicting forces that determine who we become: the heady relationships of youth, the allure of greatness, the doctrines we inherit, and our concealed desires.