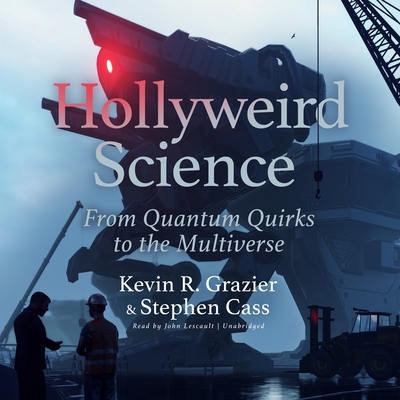 Lighthearted, quirky, and upbeat, this audiobook explores the portrayal of science and technology on both the big and little screen--and how Hollywood is actually doing a better job of getting it right than ever before. Grounded in the real-word, and often cutting-edge, science and technology that inspires fictional science, the authors survey Hollywood depictions of topics such as quantum mechanics, parallel universes, and alien worlds. Including material from interviews with over two dozen writers, producers, and directors of acclaimed science-themed productions--as well as scientists, science fiction authors, and science advisors--Hollyweird Science examines screen science fiction from the sometimes-conflicting vantage points of storytellers, researchers, and viewers.

Including a foreword by Eureka cocreator and executive producer Jaime Paglia, and an afterword by astronomer and science fiction author Michael Brotherton, PhD, this audiobook is accessible to all listeners from the layperson to the armchair expert to the professional scientist, and will delight all of them equally.