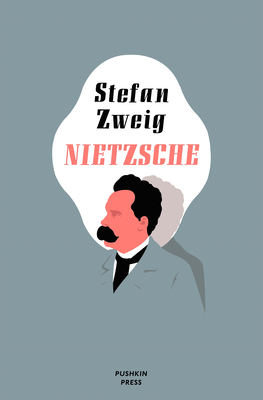 A scintillating biographical study of the one of the greatest philosophers of the nineteenth century, by one of the bestselling writers of the twentieth.

In this vivid biography, Zweig eschews traditional academic discussion and focuses on Nietzsche's habits, passions and obsessions. This work, concentrating on the man rather than the work, on the tragedy of his existence and his apartness from the world in which he moved in enforced isolation, is a tour de force, drawing the reader inexorably into Nietzsche's tragic trajectory.

Illustrated with numerous photographs relating to Nietzsche and his European locations, this superb translation by Will Stone is essential reading for anyone interested in Nietzsche, Zweig, first-class biographies and philosophy.

Stefan Zweig was one of the most popular and widely translated writers of the early twentieth century. Born into an Austrian-Jewish family in 1881, he became a leading figure in Vienna's cosmopolitan cultural world and was famed for his gripping novellas and vivid psychological biographies.

In 1934, following the Nazis' rise to power, Zweig fled Austria, first for England, where he wrote his famous novel Beware of Pity, then the United States and finally Brazil. It was here that he completed his acclaimed autobiography The World of Yesterday, a lament for the golden age of a Europe destroyed by two world wars. The articles and speeches in Messages from a Lost World were written as Zweig, a pacifist and internationalist, witnessed this destruction and warned of the threat to his beloved Europe. On 23 February 1942, Zweig and his second wife Lotte were found dead, following an apparent double suicide.

'Zweig's accumulated historical and cultural studies [are] almost too impressive to take in.’ — Clive James


‘Zweig is the most adult of writers: civilised, urbane, but never jaded or cynical; a realist who none the less believe in the possibility – the necessity – of empathy.’ — Independent

‘Zweig… deserves to be famous again, and for good.’ — TLS