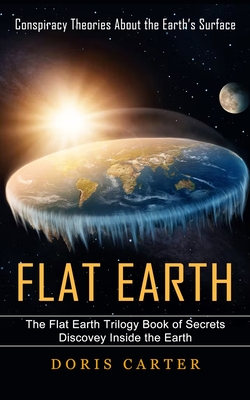 The world is filled with mysteries, and even in the modern age, much of the planet remains unexplored. The depths of the oceans and the intricate and extensive cave systems that honeycomb some parts of the earth are still largely unknown. Thus, it should come as no surprise that when it comes to this terra incognita, people have projected all sorts of ideas. Tales of sunken cities or lost civilizations are just some of the fanciful theories, and those could even be considered tame in comparison to the idea that earth is flat.

The globe-paradigm is being dismantled by consumer level technology which not only makes it easier to expose glitches in the matrix, but makes their exposure inevitable.

The foundation has been exposed and as it turns out, the entire thing is built upon shifting sands. The globe is a house of cards held together by an amalgamation of faith, habit, tradition, and narratives.

Have you read all the verses about our flat stationary domed plane of earth in the bible? Well this book compiles all the verses that have been surpressed in the apocrypha books and other biblical texts such as the book of enoch and jasher for instance. This is a must have, to add to your flat earth book collection and biblical support