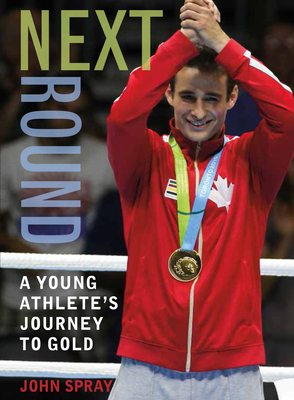 An action-packed biography of the internationally gold-medal-winning boxer

Arthur Biyarslanov's journey to competitive boxing has not been easy. As a small child he fled Chechnya with his family, dodging bullets and rocket fire and fording a freezing river. As a young Muslim refugee he faced hardships and hostility in his new homes in Azerbaijan and Toronto. Soccer became his refuge, and he learned two languages by playing the game with his new friends. In Toronto, he joined a league and quickly became their star player. A broken leg left him weakened and he turned to boxing to keep his strength up. Soon it became his new love. After many hours of hard work, he started to win his bouts. And by the age of twenty the "Chechen Wolf" was a champion amateur boxer, winning gold for Canada, his new homeland, at the 2015 Pan Am Games. That medal earned him a shot at the 2016 Summer Olympic Games in Rio de Janeiro--the next round for this talented boxer and determined survivor.

"Opening with the Biyarslanov family's flight from Chechnya in a sequence that could be straight out of a movie, the book draws the reader's attention almost immediately....A sure hit for readers looking for a sports biography or a story of triumphing over difficulties."--Booklist