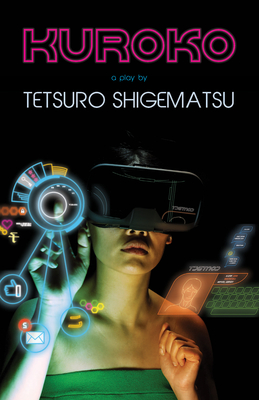 A father who feels his family is better off without him ... a daughter who retreats completely into the virtual world ... a family torn apart by the past with little hope for a future. But each discovers the desire to save each other, and perhaps themselves. From the acclaimed Canadian playwright, comedian, and radio broadcaster Tetsuro Shigematsu, author of the award-winning plays Empire of the Son and 1 Hour Photo, comes a powerful display of theatrical and literary emotion: Kuroko. Maya is a hikikomori (引きこもり), an extreme recluse who hasn't left her bedroom in five years, spending all her time in Virtual Reality. So her father hires an actor to befriend her online and entice her back into the real world. How? By visiting the scariest place on earth, Aokigahara, the "Suicide Forest." When we lose what gives our lives purpose, when the distance between us and those closest to us seems impossible to bridge, where do we turn? Can virtual worlds offer real solutions? Is an honourable death better than a meaningless life? Kuroko is a story about a family who are worlds apart, separated by pain, from past and present, alone in the real and virtual worlds, each unsure of the way back home. It is a story about finding something real in the places we least expect it, of building bridges where healing seems impossible, and saving others as a way of saving ourselves. Like good speculative fiction that is ostensibly about the future, but actually addresses the present, Kuroko may be set in Japan, but it is in fact an examination of contemporary Western culture.

Described by The Georgia Straight "one of the city's best artists," Tetsuro Shigematsu tells stories across an array of media. He is an author, playwright, actor, scholar, broadcaster, and filmmaker. A former writer for CBC Television's This Hour Has 22 Minutes, in 2004 he became the first person-of-colour to host a daily national radio program in Canada when he took over The Roundup on CBC Radio. His most recent theatre work, 1 Hour Photo, garnered five Jessie nominations, winning for Significant Artistic Achievement, and was recently named as a finalist for the 2019 Governor General's Award for Drama. He completed his PhD studies as a Vanier Scholar. His thesis play, Empire of the Son, has played in 18 cities to over 20,000 people, and was described by Colin Thomas as, "one of the best shows ever to come out of Vancouver. Ever." He recently signed a book deal with Penguin Random House to write a memoir. Support his work at patreon.com/tetsuro