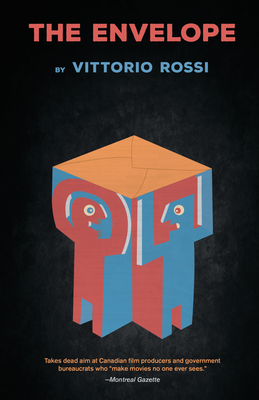 How does the Canadian film industry measure up? Drawn from his own experiences, Vittorio Rossi's new comedy-drama exposes the bureaucratic institution that is the Canadian film industry, and we follow the character Michael Moretti, a veteran playwright, as he struggles to get his new play, Romeo's Rise, turned into a movie. Michael must decide between a multi-million dollar offer from his Canadian-friend-turned-movie-producer Jake Henry, or a low-budget offer from an independent producer in Los Angeles. Jake's deal promises him generous financial support if he survives the editing process with a senior script writer from the Canadian Film Fund. The American deal isn't so lucrative, but he'd retain complete artistic control. Or a low budget offer from an independent producer from Los Angeles that would let him retain total artistic control. In reference to the Charbonneau Commission, a public inquiry into the corruption of the management of public construction contracts, the envelope of the play's title is the government's unofficial agreement to see that Jake's project would get funded. Rossi asks the question at the heart of artistic affairs: Will Moretti take the big bucks and compromise his work, or will he stand firm in his artistic and personal integrity? Cast of 5 men and 2 women.