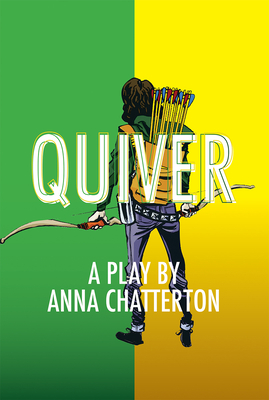 Shy, fourteen-year-old Maddie wasn't expecting to have to worry about taking care of herself just yet. Her sixteen-year-old party-girl sister Bea has scandalously moved in with their mom's ex-boyfriend, and in turn, their brassy mother Sheila has run straight to the comfort of another lover. Maddie is finding that an empty apartment is quiet and lonely, even though her time is normally spent reading comics in her closet. Feeling abandoned and vulnerable, she turns to her favourite superhero, Arrowette. Armed with a backpack filled with a bow and arrows, she embarks on a radical plan to join the army, where she thinks she will find a new family she can count on.

Meanwhile, Bea is second-guessing the whole dating an older man thing, and Sheila defends her unorthodox sexual candour, entertaining the ideals of freedom. When Bea and Sheila decide to come home for Maddie's birthday, they're faced with the pointed arrow of Maddie's newfound power and the startling reality of the kind of family they've become.

Anna Chatterton is a librettist, playwright, and performer. A finalist for the 2017 Governor General's Literary Award for Drama for her play Within the Glass, Anna was named a top-ten Toronto Theatre Artist of 2016 by NOW Magazine and has been the recipient of the City of Hamilton Arts Award for Theatre. Anna has been a playwright-in-residence at Nightwood Theatre, the National Theatre School of Canada, Tarragon Theatre, and Tapestry Opera. She lives in Hamilton, Ontario.