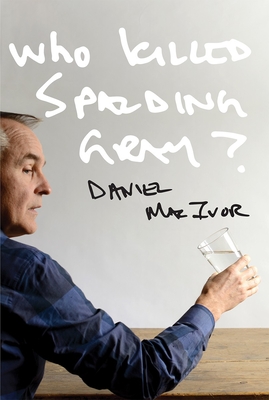 Sit down, Daniel's going to tell you a story. On the weekend of January 10, 2004, American monologist Spalding Gray killed himself by jumping off the Staten Island Ferry in New York City. That same weekend, Daniel MacIvor was in California, visiting a psychic surgeon who offered to save his life by removing a spiritual entity that had attached to him. But what if Spalding's death had something to do with Daniel's entity? Linking these two true parallel stories is fiction derived from Gray's obsessions and MacIvor's inventions about a man named Howard who had forgotten how to live.

Daniel MacIvor has written many plays, including See Bob Run, Never Swim Alone, In On It, A Beautiful View, His Greatness, and with Daniel Brooks created a series of solo shows that have toured extensively internationally. Daniel received the Governor General's Literary Award for Drama for his collection of plays I Still Love You and he was awarded the prestigious Siminovitch Prize. He is also the recipient of an Obie Award and a GLAAD Award. He is currently based in Halifax, and is developing a new play for Tarragon Theatre called New Magic Valley Fun Town and working on the libretto for Rufus Wainwright's Hadrian, commissioned by the Canadian Opera Company.