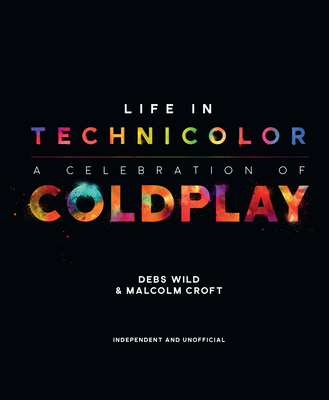 Coldplay's unique sound has captured the hearts of the world time and time again. From melancholic, thoughtful melodies to energetic thumping bass lines, Coldplay's musical range is a large part of their popularity, allowing them to appeal to all manner of fans, from young to old. Written by Debs Wild, the A&R executive who discovered Coldplay, and former music journalist Malcolm Croft, who have known and worked with the band intimately over twenty years, this book provides unparalleled access into the inner workings of the musicians' world, including rehearsals, early club gigs, and candid backstage moments over their career including their 2017 global sensation tour, A Head Full of Dreams. Life in Technicolor: A Celebration of Coldplay delves deep into the band's popularity, analyzing their career album by album and giving previously unknown insights into Coldplay's creative process. With hundreds of behind-the-scenes photographs that have never been published before, Life in Technicolor: A Celebration of Coldplay is the perfect companion for any fan of the band's fantastic music.

Debs Wild is a former A&R executive responsible for developing bands such as Badly Drawn Boy, Keane and Coldplay. Debs discovered, developed and championed Coldplay from their Day One, and now operates as one of Coldplay HQ's trusted inner circle. Malcolm Croft is a former music journalist and popular culture commissioning editor. Over the past 15 years he has spent time with many of the world's most exciting bands, from 5SOS to McFly, and hundreds of others in between, including Coldplay themselves.