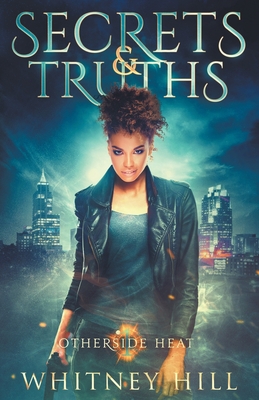 Sparks fly when the hunter becomes the hunted.

Half-elven bounty hunter Lya Desmarais is living in exile in North Carolina after getting into trouble back home. When her boss makes it clear he's got a target on her back, she seeks dangerous allies to regain control of her future.

Vampire vagabond Cade is running from his past and thirsty for more powerful blood than mundanes can offer. Most of Otherside is off-limits, but the human-blooded are fair game. When he and Lya cross paths in a scandalously sexy way at a Raleigh nightclub, Cade finds the perfect target.

But nothing is ever as straightforward as it seems in the supernatural community, not even lust. And for love to win, predator and prey must find a way to meet in the middle-or die trying.

Told from two perspectives, this red-hot, action-packed vampire romance has no cheating, no cliffhangers, and a happy ending.

Fans of the Shadows of Otherside series will see some familiar faces alongside the new, with this story set approximately four years before the events of Elemental. Newcomers can read this book as a standalone entry.

Content warnings: consensual on-page sex, physical violence, on-page death, blood-drinking, swearing, slurs (not toward any real racial or ethnic group/identity), alcohol use, threat of sexual violence, implied past sexual violence, and remembrance of a past abusive relationship. This is a steamy romance that should only be read by adults