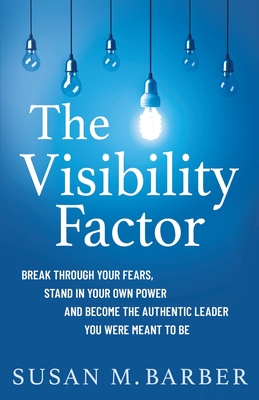 For decades, people have believed that working hard is enough to get them promoted. The truth is that leaders need to create personal visibility for themselves and their teams.

This was the situation in which Susan M. Barber found herself. A pivotal feedback conversation with a mentor was the catalyst that changed everything. She had to shift her long-held belief that working hard was sufficient for career success and finding a new way. She was on a path of discovery to learn what visibility meant in general, but more specifically how she could create it in an authentic way for herself. Barber created a process that helped her build visibility for herself and her team. Now, as a coach, she uses that same process to help her clients unlock their potential and achieve success when they are unable to see how they are hiding from their own visibility. She has broken down this process into easy-to-follow steps.

The truth is, you need the kind of visibility that allows people to see your value and is authentic to who you are. The Visibility Factor is your guide to shaping the visibility you want for yourself and your career.