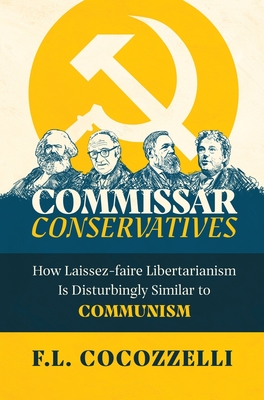 "But it is neither socialism, nor communism that libertarian conservatives fear. Instead, their nightmare is the emergence of a better capitalism, one that is made fair and just through reform; one that is less prone to the tyranny of those only interested in pursuing reckless, unreasonable self-interest. ...

The right's real boogeyman is not Karl Marx, but a better understood Adam Smith. It is this anxiety that drives the right to slander as Marxism any attempt to strengthen capitalism through progressive reform." - Page 5

- Why progressives must refute the Marxist name-calling and learn from the past how to do so.

- Why the more likely path to authoritarian socialism does not run through progressive liberal economics but through an increasingly libertarian conservatism.

- Americans need to know how today's movement conservatism has more in common with the worst of communist regimes, past and present. This is because of their embrace of Austrian School economics and the disturbing teachings of Dark Enlightenment teaching.

- Why when many of today's libertarian conservatives talk of "freedom and liberty" they actually the right to oppress.

- Why progressives need to learn how to refute that old time Red-baiting. We have done it before and we can do it again.

- Why progressive liberal economics preserves capitalism and democracy while laissez-faire libertarianism will ultimately lead to disorder and chaos. And we can prove it