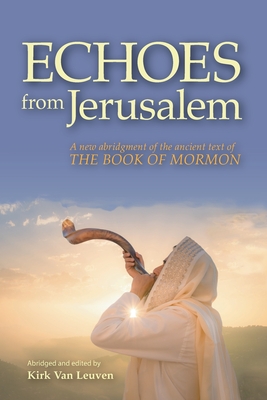 In this thousand-year chronicle of a lost tribe of Israel, a king labors with all his heart to serve his people, and prophets of God lead the faithful into battle, defending home and family against hoards of plundering, murderous invaders. Based on the prophesies of Isaiah, this book is both Hebrew and Christian, tying the two traditions together in history. It bears a powerful message with promises from an ancient people. From Jerusalem around 700 BCE, the prophet Isaiah wrote, "If you are willing and obedient you shall eat the good of the land; but if you refuse and rebel, you will be devoured by the sword, for the mouth of the Lords has spoken it." His words are the moral of this story. The storyline follows the devotion of an ancient people to write and leave a testament of their history. The people saw themselves as part of Isaiah's tapestry of visions. They connected their own lives to events that the prophet foretold, as validation of their extreme journeys and experiences. Isaiah and other prophets are quoted throughout the book. A lone survivor placed the record like a seed in the ground, just as Isaiah foretold, and it is revealed now in God's own time, opening the eyes and ears of millions who read and value it as a sacred book. Echoes from Jerusalem is a complete abridgment of the ancient text of The Book of Mormon. Passages are cut and stitched together and have been slightly reordered, making the book more linear, helping the reader complete a cover-to-cover experience, and consider the book as a whole. It is rewritten into paragraph form, and makes new divisions on chapters, to imitate the style of a historical novel.