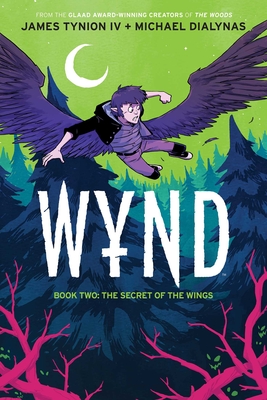 Wynd and his friends must journey to the Faerie realm in this second chapter of the hit series from The Woods creators James Tynion IV and Michael Dialynas!

Wynd, Oakley, Thorn, and Yorik take the next step in their dangerous quest across Esseriel, but are soon attacked by a mysterious enemy. Can Wynd rise to the moment and if so, at what cost? And when Wynd is captured and taken to the Faeries’ hidden capital deep in the Weird Woods, his friends must rescue him before he’s put on trial… and Basil, Titus, and Ash unknowingly lead an even greater threat to the Faerie City – Vampyres! The GLAAD Award-winning team of writer James Tynion IV (Batman, Something is Killing the Children) and artist Michael Dialynas (Teenage Mutant Ninja Turtles) continue their hit young adult fantasy series about learning to spread your wings no matter the dangers life puts in your way. Collects Wynd #6-10.