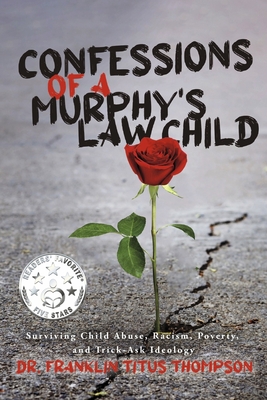 Murphy's Kids. What a strange moniker. It corresponds with the so-called Murphy's Law that states if a series of things can potentially go wrong, they will. As incredible as it sounds, there are some kids who, from the day they are born until they leave this earth, encounter more than their fair share of bad luck and misfortune. It is as if a vixen were attached to their spinal cord. Most children learn to adapt, but far too many acquiesce. They become victims and turn to the dark side. A few choose to die and take innocent lives with them.

Throw in racism, poverty, learned helplessness, and low self-esteem and that task becomes even more daunting. The good news is that when parents, social service agencies, government, the police, and even organized religion fail to save our children -- young people can still beat the odds if there is a caring adult who makes a conscious effort to engage with the hurting child and not let them fall through the cracks of society.

Dr. Franklin T. Thompson is an educator of 45 years: 15 years at the high school level and 30 years at the collegiate level. He prepares future educators for the classroom at the University of Nebraska at Omaha. He has published several articles on multicultural education and race relations in academic journals.

He is a former Omaha City Councilman where he served from 2002 until 2017. In addition to his academic appointment, Thompson also served as the Director of Human Rights & Relations for the City of Omaha, Nebraska from 2017 until 2022. He also served as a family therapist from 1986 until 1995. He himself is an example of surviving being at-risk through utilizing resiliency factors. In addition, he has produced several music CDs with a strong emphasis on race and human relations.