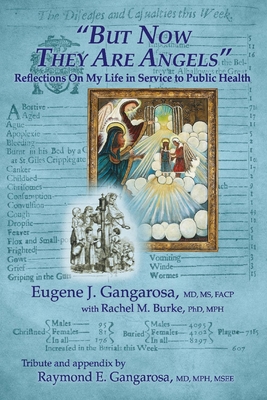 The control of intestinal infections has been a major aspect of the aggregation of human populations in large cities. By the mid-twentieth century, water and sanitation infrastructures in developed nations had controlled mortality from diarrheal diseases, but in the developing world many people still suffer and die from these diseases each year. Historically, intestinal infections have been the major cause of death in countries with contaminated water, inadequate sewage systems, and weak public health organizations. Even in developed nations, large cities became sustainable only after adequate preventive infrastructures were constructed.
Cholera was the most dreaded of these diseases. It could kill within hours, reducing a previously healthy person to a skeletal appearance and causing death due to cardiovascular collapse. Cholera typically struck in community outbreaks and dreaded recurrent pandemics that have killed millions of people.
Dr. Eugene Gangarosa's 50-plus-year career spanned the introduction of modern treatment, control, and prevention of intestinal infections in developing countries. By taking intestinal biopsies of patients with active cholera, he showed that the intestinal wall was intact, indicating that the disease was caused by a biochemical, and not an anatomical, disruption.
Ultimately, this finding inspired other scientists to develop oral rehydration therapy (ORT) — a simple and inexpensive technique to replace fluids and electrolytes lost through vomiting and diarrhea that could be administered at home by caretakers. As a result of rehydration therapy, both intravenous and oral, now even cholera can be effectively treated with little loss of life. The World Health Organization heralded oral rehydration therapy as "the medical advance of the twentieth century", estimating that it had saved over 50 million lives in the first 40 years since its development.
Dr. Gangarosa also demonstrated the impact of frequent intestinal infections on physical growth via environmental enteropathy, a malabsorption syndrome that causes significant impairment in developing countries. This chronic component of repeated acute infections is a powerful motivation for prevention measures. One of his faculty, Aftim Acra, proved that direct sunlight could disinfect contaminated water. Dr. Gangarosa later played a role in the Centers for Disease Control and Prevention (CDC)'s Safe Water Program in the development of other technologies and strategies for enabling homemakers in developing countries to collect, disinfect, store, and use water with greatly reduced risk of disease transmission.
Since intestinal infections are especially hazardous in infants and young children, ORT has been vitally important in reducing infant mortality and promoting developmental growth. This, in turn, has had a major impact in initiating the demographic transition in many parts of the developing world, in which parents — reassured of the survival of their children — have smaller families, retain more resources, and educate their children. In a world burdened with population increase and poverty, the control of intestinal infections has played a major role in solving some of humanity's most pressing problems.
Dr. Gangarosa's own family history inspired his career commitment to safe water and sanitation, as four of his thirteen siblings died in infancy before his parents came to America—ultimately because of contamination and scarcity of water. He was the junior member of the team that first investigated cholera with modern scientific tools. Through the rest of his long and illustrious career, he has been involved in virtually every aspect of the prevention, control, and treatment of intestinal infections. Now he tells the story of the giants who inspired him in his field—of which he himself is one.

Gene Gangarosa's 70-year career spans a revolution in the prevention, treatment, and control of enteric (intestinal) diseases. His family suffered great hardships, losing four of his first five siblings to childhood infectious diseases before coming to America, enduring poverty and eviction during the Depression, and sustaining him through a year of convalescence from rheumatic fever. He volunteered in World War II as a B-26 bomber crewman, but hostilities had almost ended in Italy, so instead he served as a logistic supply quartermaster in the Allied response to a severe typhus outbreak caused by Nazi destruction of Naples' water and sanitation infrastructures. After finishing college and medical school under the GI Bill, he gained a coveted position at Walter Reed Army Institute of Research and, in 1960, was the junior scientist sent to Bangkok, Thailand on the first outbreak investigation of cholera using modern diagnostic tools. His groundbreaking intestinal biopsy studies of cholera patients showed the gut wall was intact, disproving prevailing beliefs that the disease caused severe diarrhea because of burn-like lesions, and most important, refuting the extremely dangerous practice of "starvation therapy." This finding encouraged other scientists to develop oral rehydration therapy (ORT)—a simple and inexpensive way to replace fluids and electrolytes lost through vomiting and diarrhea, which could be given readily at home with negligible loss of life and dramatically improved health outcomes. ORT saves the lives of one million children annually; in 1978, Lancet heralded it as "potentially the most important medical advance of this century." In the same earlier studies, Dr. Gangarosa also described chronic pathological changes of environmental enteropathy, a deadly, stunting, debilitating malabsorption syndrome caused by frequent intestinal infections—a finding now recognized to mandate prevention through safe water, sanitation infrastructures, nutrition, and economic development. He served at the Centers for Disease Control and Prevention (CDC) from 1964 through 1978, starting in the Epidemic Intelligence Service as its Director, serving as Chief of the Enteric Diseases Branch, and becoming Deputy Director of the Bacterial Diseases Division. For over 100 innovative publications in epidemiology and public health practice, he received CDC's Medal of Excellence, its highest award for scientific merit. He then led the transformation of two university programs from near-discontinuation to academic excellence and robust financial footing, so they rapidly became premier schools of public health. He has been involved with safe water initiatives to prevent diarrheal diseases at the household level, including research on point-of-use disinfection; dedicated teaching, mentorship, and leadership; encouragement of ongoing advances and epidemiological evaluation; and philanthropic support. His autobiography, But Now They Are Angels, gives one of the widest accounts of scientific discovery that any person has ever witnessed, from the standpoint of an elder statesmen involved in nearly every aspect of this lifesaving branch of public health.