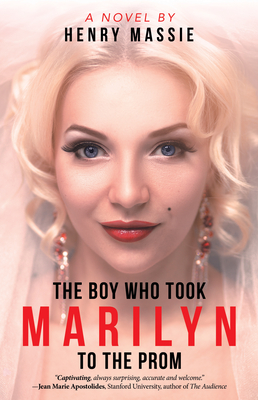 Hardly any relationship is more fraught with unspoken feelings and words than one between a male psychiatrist and a sad female patient. It is even more so when the patient takes the therapist back to tormenting memories of a woman from his youth. In 1961, a year before her death, Marilyn Monroe's last psychiatrist invited her into his family in a desperate attempt to save the actress by giving her a family she never had. One evening over dinner the doctor suggests that his son take the actress to his senior prom at Hollywood High School, an experience Marilyn missed because she never finished school. She was 35-looking no older than a college coed-and the boy was 17. That night haunts him until 2007 when that youth, now a psychiatrist himself, takes on a patient who reminds him of Marilyn.

Praise for The Boy Who Took Marilyn to the Prom

"Intrepid, vivid, thoughtful. It takes us inside the psychotherapy office, face to face with the dangers psychiatrists and their patients run of becoming slaves to their feelings for each other,"
-Bridget Connelly, prizewinning author of Forgetting Ireland

Henry Massie is a writer and psychiatrist who lives in Berkeley, California. He is the author of the biography Art of a Jewish Woman: Felice's Worlds, and coauthor of Lives Across Time, a study of emotional health and illness. He is also coauthor of "My Life is a Longing, the classic 2006 International Journal of Psychoanalysis article on child abuse, and author of many other articles in professional journals. This is his second novel.