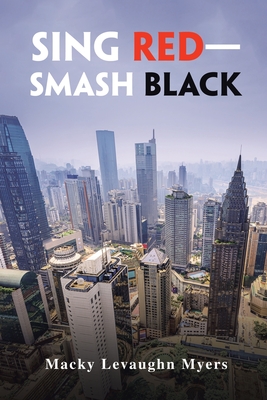 This play is not history in the sense in which dialogue and word might be used for historical or academic purposes. The intended purpose of this play is strictly for entertainment and dramatical production. For the sake of dramatic purposes, characters have been fused into one character, characters have been entirely deleted, and information gathered may have fallen into the category of folklore due to the passage of time and to the sensationalism surrounding such a tragedy. The reader or audience should, however, discover within the dramatic framework one of the modern-day tragedies that led to what is now known as the Chongqing Model which helped shape China's rapidly growing economy that shifted from the coastal cities to the interior provinces just a few years after the opening of the Three Gorges Dam and the dynamic success of the 2008 Beijing Olympics.

Macky Levaughn Myers was born in Lebanon, Missouri in 1953. He attended Missouri State University earning both a bachelor's degree and master's degrees in education before teaching at the University of New Mexico-Gallup Branch. After a divorce, he moved to China teaching English, geography, and cultural studies at Taiyuan Institute of Technology in Taiyuan, China then later at Nanjing Agricultural University and the Nanjing Normal University of Special Education in Nanjing, China. After thirty-eight years of teaching, he retired as an educator. He has since traveled throughout Asia, where his travels took him to China, South Korea, Japan, the Philippines, Indonesia, Vietnam, Cambodia, Thailand, Hawaii and Guam. Myers has been a former SIFE (Students In Free Enterprise) Fellow at the University of New Mexico-Gallup Branch where he coached his students on to first, second, and third place wins at national and international competitions in public speaking and the completion of community service and educational projects. He is a former member of the New Mexico NEA, Phi Beta Lambda, and served as faculty secretary for several years at the University of New Mexico-Gallup Branch campus. While in China, Myers sponsored Debate Club, English Corner, and served as a Students Studying abroad mentor helping Chinese students apply for master's degree programs in the United States, Canada, and Great Britain. During a two-year teacher exchange program in 2003-2005, Myers taught in London, England. While in Europe, he visited Germany, France, Italy, Greece, Ireland, and the British Isles. He continues to travel and write in retirement. Published credits include over ten plays, newspaper and magazine articles, and several works for children. He enjoys attending a wide variety of dramatic performances in London's West End, New York's Broadway, and local performances of various kinds of drama including outdoor theatre, tent theatre, and Chinese Opera when in China.