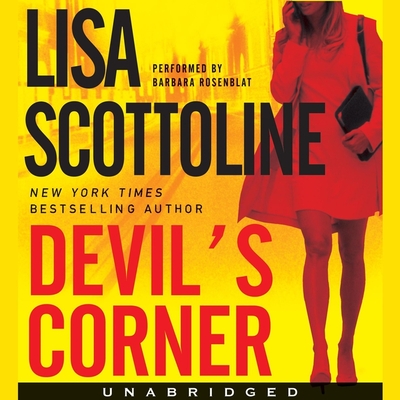 By Lisa Scottoline, Barbara Rosenblat (Read by)
$39.99
Email or call for price

When prosecutor Vicki Allegretti arrives at a rowhouse to meet a confidential informant, she finds herself in the wrong place at the wrong time -- and is almost shot to death. She barely escapes with her life, but cannot save the two others gunned down before her disbelieving eyes. Stunned and heartbroken, Vicki tries to figure out how a routine meeting on a minor case became a double homicide.

Vicki's suspicions take her to Devil's Corner, a city neighborhood teetering on the brink of ruin -- thick with broken souls, innocent youth, and a scourge that preys on both. But the deeper Vicki probes, the more she becomes convinced that the murders weren't random and the killers were more ruthless than she thought.

When another murder thrusts Vicki together with an unlikely ally, she buckles up for a wild ride down a dangerous street -- and into the cross-hairs of a conspiracy as powerful as it is relentless.