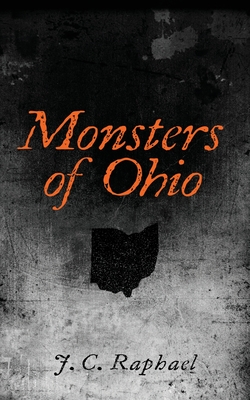 A large, black, prehistoric serpent that makes its home in Lake Erie. A titanic hairy humanoid with glowing orange eyes who spies on any teenagers brave enough to park near its lovers' lane home. A giant owl the size of a tree so adept at camouflage it can practically disappear. A nocturnal race of tiny, melon-headed feral humans who roam the woods looking for victims to feast on. These are but some of the creatures of cryptozoology, folklore and urban legend that readers will meet in the pages of Monsters of Ohio, the first book of its kind to completely chronicle the state's population of mystery animals and the stories told about them. In addition to thirteen Buckeye State monsters-from infamous ones like The Lake Erie Monster, The Loveland Frogs and The Grassman, to lesser-known local legends like The Crosswick Monster, Bighoot and The Defiance Wolfman-the book also includes a parade of mysterious creatures that were only sighted once before disappearing...if, of course, they were ever really there at all. J.C. Raphael was born in Ashtabula, Ohio. He earned a bachelor's degree in English from Gannon University in Erie, Pennsylvania. He began freelance writing at age 17 with a film review of Mary Shelley's Frankenstein for The Plain Dealer, and has continued writing reviews of stuff ever since. He worked as a staff writer for a small suburban newspaper and as a writer and editor for a small, independent altweekly in Columbus, Ohio. He now works as a public library clerk and freelance writer. He lives in Mentor, Ohio.