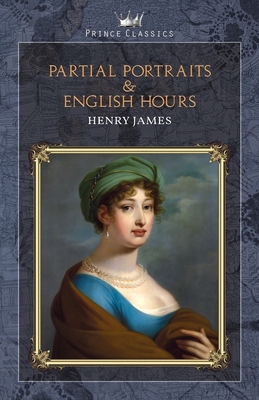 Partial Portraits is a book of literary criticism by Henry James published in 1888. The book collected essays that James had written over the preceding decade, mostly on English and American writers. But the book also offered treatments of Alphonse Daudet, Guy de Maupassant and Ivan Turgenev. Perhaps the most important essay was The Art of Fiction, James' plea for the widest possible freedom in content and technique in narrative fiction.

The Art of Fiction was a response to remarks by English critic Walter Besant, who wrote an article that literally attempted to lay down the "laws of fiction." For instance, Besant insisted that novelists should confine themselves to their own experience: "A young lady brought up in a quiet country village should avoid descriptions of garrison life." James argued that a sufficiently alert novelist could catch knowledge from everywhere and use it to good purpose: "The young lady living in a village has only to be a damsel upon whom nothing is lost to make it quite unfair (as it seems to me) to declare to her that she shall have nothing to say about the military. Greater miracles have been seen than that, imagination assisting, she should speak the truth about some of these gentlemen."

James continually argues for the fullest freedom in the novelist's choice of subject and method of treatment: "The only obligation to which in advance we may hold a novel, without incurring the accusation of being arbitrary, is that it be interesting." In particular, James is suspicious of restraining fiction with specific moral guidelines: "No good novel will ever proceed from a superficial mind; that seems to me an axiom which, for the artist in fiction, will cover all needful moral ground."

James followed his own advice in criticizing the various writers included in Partial Portraits. In his long, engrossing essay on Maupassant, for instance, he couldn't help noticing the Frenchman's propensity for what James called the "monkeys' cage" view of human existence. But that didn't stop James from approving wholeheartedly of Maupassant's vigor, precision and conciseness in describing life as he saw it.

English Hours is a book of travel writing by Henry James published in 1905. The book collected various essays James had written on England over a period of more than thirty years, beginning in the 1870s. The essays had originally appeared in such periodicals as The Nation, The Century Magazine, Scribner's Magazine, The Galaxy and Lippincott's Magazine. James wrote a new introduction for the book and extensively revised many of the essays to create a more coherent whole.

England was James' adopted country, so it is not surprising that the essays in English Hours are primarily positive and sometimes downright cheerful. The essay on London which begins the book gives full play to the British capital's definitely non-beautiful impression on James when he arrived in 1869:

"It was not lovely - it was in fact rather horrible; but as I move again through dusky, tortuous miles, in the greasy four-wheeler to which my luggage had compelled me to commit myself, I recognize the first step in an initiation of which the subsequent stages were to abound in pleasant things."