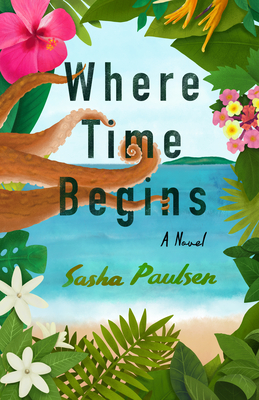 It's 1976, and Shelley Ilillouette, unemployed and without prospects, has never heard of the Kingdom of Tonga>--but when an artist offers her a job in this South Pacific kingdom, she takes it. She arrives in Tonga to discover that her employer has vanished. Alone in a bewildering world where ancient Polynesia mingles with missionaries, Peace Corps, and yacht dwellers, she is adopted by Foeata, a genial Tongan who decides that a mafu--a sweetheart--will solve Shelley's problems. Foeata favors the Peace Corps doctor, Skip, but he is smitten with Lily, a mysterious half-Tongan actress. Then Shelley's first and only lover, Jackson, follows her to the islands, and life only get more complicated. When Lily goes missing, too, and Jackson's visit proves disastrous, Shelley has to admit that she has not escaped from anything; she has just brought all the confusion of life with her. Why, Foeata wonders, are Americans so bad at love? Amidst encounters with sharks and one octopus (meetings far less harrowing than those she has with missionaries and ex-lovers over the course of her adventure), Shelley untangles a web of stories reaching back decades, leading her to conclude that Tonga may indeed be what its king has proclaimed: the place where time begins.