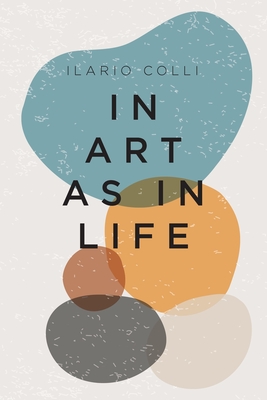 Described as "a major achievement for any writer" and having "the potential to become one of the seminal works of our time", Ilario Colli's bold first work, In Art as in Life ventures into territory few modern culture theorists dare to cover. Learned yet imminently accessible, In Art as in Life delights with its sumptuous language and its profound ideas.

Its effortless navigation through 1,700 years of literature, music and the visual arts leads the reader to a startling conclusion: the contemporary Postmodern aesthetic, like the moral relativism that spawned it, is not - as it's often claimed to be - a sign of a robust, self-confident creative culture, but rather the primary artistic symptom of a metaphysically ailing civilisation; one still recovering from the demise of moral absolutism and still struggling to find meaning in its wake.

What people have said about In Art as in Life:

"In Art as in Life would represent a major achievement for any writer. It contains numerous ideas of genuine originality, the likes of which we rarely come across. I believe it will prove a real contribution to the wider understanding of our culture."

"An outstanding achievement for a young academic...possessing a superbly crafted argument."