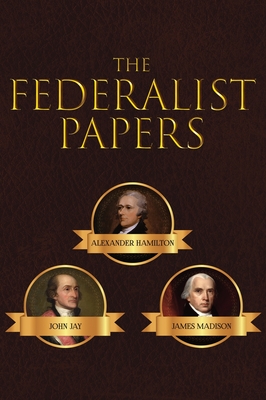 The Federalist Papers is a series of 85 essays written by Alexander Hamilton, James Madison, and John Jay under the pseudonym Publius, arguing for the ratification of the United States Constitution. The Federalist Papers were published serially from 1787 to 1788 in several newspapers, such as the "Independent Journal," the "New York Packets," and "The Daily Advertiser." Addressed to "The People of the State of New York," these essays detailed plans for a strong national government and are known as one of the most important political documents in the history of the United States.

Alexander Hamilton, the driving force behind The Federalist Papers, served as a captain during the War of Independence, was a member of the Constitutional Convention, and became the first Secretary of the Treasury. Hamilton wrote 51 of the 85 essays. James Madison, the fourth President of the United States, was known as the 'father' of the Constitution due to his influence while drawing up the Bill of Rights. During his time as the Secretary of State, he worked to abolish slavery and sought for peace. John Jay established law and diplomacy in the new nation as the first Chief Justice of the Supreme Court and shaped many of the Supreme Court procedures we still see today.