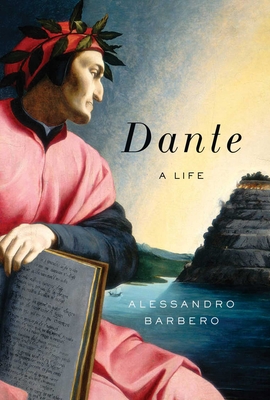 Dante brings the legendary author—and the medieval Italy of his era— to vivid life, describing the political intrigue, battles, culture, and society that shaped his writing.

Dante Alighieri’s Divine Comedy has defined how people imagine and depict heaven and hell for over seven centuries.

However, outside of Italy, his other works are not well known, and less still is generally known about the context he wrote them in. In Dante, Barbero brings the legendary author’s Italy to life, describing the political intrigue, battles, city and society that shaped his life and work. The son of a shylock who dreams of belonging to the world of writers and nobles, we follow Dante into the dark corridors of politics where ideals are shattered by rampant corruption, and then into exile as he travels Italy and discovers the extraordinary color and variety of the countryside, the metropolises, and the knightly courts.

This is a book by a serious scholar with real popular appeal, as evidenced by its bestseller ranking in Italy. It is a remarkable piece of forensic investigation into medieval Italian life.

Alessandro Barbero is an Italian historian, novelist, and essayist. He won the 1996 Strega Prize, for Bella vita e guerre altrui di Mr. Pyle gentiluomo. Barbero is the author of The Battle, an account of the Battle of Waterloo; The Day of the Barbarians, the story of the Battle of Adrianople; and Charlemagne—all published in Britain. He writes for Il Sole 24 Ore and La Stampa, is the editor of Storia d’Europa e del Mediterranean, and regularly appears on Italian television and radio. In 2005, the Republic of France awarded Barbero with the title of Chevalier de l’ordre des Arts et des Lettres. He lives in Italy and Dante is his first book to be published in America.

Allan Cameron has translated twenty-four books including The Anonymous Novel by Alessando Barbero. He lives in Glasgow.

Allan Cameron has translated twenty-four books including The Anonymous Novel by Alessando Barbero. He lives in Glasgow.

“Impeccably written and researched…Barbero is equally precise and ordered in tracing the chronology of Dante’s life and back story, as he follows it from the times of the poet’s ancestors all the way to his death as a celebrated literary exile in Ravenna. In all cases, his reasoning is cogent, his research impressive and his answers set in earnest dialogue with the historical record. We can be grateful to Barbero for this richly informative biography of a man who can seem so reticent and aloof that at times it feels as if he’s hiding behind the 14,233 verses of “The Divine Comedy” rather than revealing himself.”
— The New York Times

"A masterful biography of the great Italian poet, deftly translated by Allan Cameron. A definitive portrait of a literary titan."
— Booklist (starred)

"Seven hundred years after Dante Alighieri’s death, a new biography parses the elusive life of one of civilization’s greatest poets. Many of the details of Dante's life, even the date of his birth, are lost to time, but Barbero is an indefatigable detective when it comes to piecing together a narrative from the historical record. His mission is not merely to sketch the possibilities of Dante's private life but, perhaps even more so, to place Dante within the context of his times."
— BookPage

"Barbero’s effort achieves a great deal, enough to be more than a worthy addition to the existing body of work about Dante...Barbero presents a vivid composite picture of what it was like to be a member of the minor nobility in and around late medieval Florence...Dante is a fascinating read."
— BookReporter