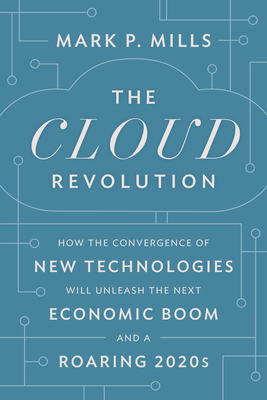 The conventional wisdom on how technology will change the future is wrong. Mark Mills lays out a radically different and optimistic vision for what's really coming.

The mainstream forecasts fall into three camps. One considers today as the "new normal," where ordering a ride or food on a smartphone or trading in bitcoins is as good as it's going to get. Another foresees a dystopian era of widespread, digitally driven job- and business-destruction. A third believes that the only technological revolution that matters will be found with renewable energy and electric cars. But according to Mills, a convergence of technologies will instead drive an economic boom over the coming decade, one that historians will characterize as the "Roaring 2020s." It will come not from any single big invention, but from the confluence of radical advances in three primary technology domains: microprocessors, materials, and machines. Microprocessors are increasingly embedded in everything. Materials, from which everything is built, are emerging with novel, almost magical capabilities. And machines, which make and move all manner of stuff, are undergoing a complementary transformation. Accelerating and enabling all of this is the Cloud, history's biggest infrastructure, which is itself based on the building blocks of next-generation microprocessors and artificial intelligence. We've seen this pattern before. The technological revolution that drove the great economic expansion of the twentieth century can be traced to a similar confluence, one that was first visible in the 1920s: a new information infrastructure (telephony), new machines (cars and power plants), and new materials (plastics and pharmaceuticals). Single inventions don't drive great, long-cycle booms. It always takes convergent revolutions in technology's three core spheres--information, materials, and machines. Over history, that's only happened a few times. We have wrung much magic from the technologies that fueled the last long boom. But the great convergence now underway will ignite the 2020s. And this time, unlike any previous historical epoch, we have the Cloud amplifying everything. The next long boom starts now.

Mark P. Mills, a physicist, is a Manhattan Institute senior fellow, a faculty fellow at Northwestern University, and a partner in Montrose Lane, an energy-tech venture fund. He is author of Digital Cathedrals (2020) and Work in the Age of Robots (2018), and he is the co-author of The Bottomless Well (2006). He served as chairman and CTO of ICx Technologies, helping take it public in 2007. Earlier, Mills co-authored a successful tech investment newsletter, the Huber-Mills Digital Power Report, and prior to that he served in the Reagan White House Science Office and worked for a number of firms in the commercial nuclear industry. He began his career as an experimental physicist and development engineer in microprocessors and fiber optics at the dawn of the semiconductor revolution, earning several patents while working at Bell Northern Research (Canada's Bell Labs) and at RCA's microprocessor factory in New Jersey.