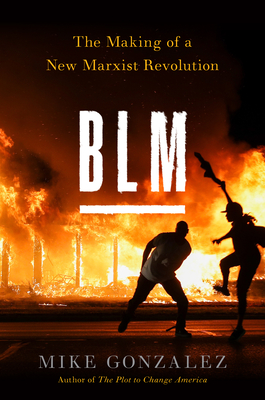 The George Floyd riots that have precipitated great changes throughout American society were not spontaneous events. Americans did not suddenly rise up in righteous anger, take to the streets, and demand not just that police departments be defunded but that all the structures, institutions, and systems of the United States--all supposedly racist--be overhauled.

The 12,000 or so demonstrations and 633 related riots that followed Floyd's death took organizational muscle. The movement's grip on institutions from the classroom to the ballpark required ideological commitment. That muscle and commitment were provided by the various Black Lives Matter organizations. This book examines who the BLM leaders are, delving into their backgrounds and exposing their agendas--something the media has so far refused to do. These people are shown to be avowed Marxists who say they want to dismantle our way of life. Along with their fellow activists, they make savvy use of social media to spread their message and organize marches, sit-ins, statue tumblings, and riots. In 2020 they seized upon the video showing George Floyd's suffering as a pretext to unleash a nationwide insurgency. Certainly, no person of good will could object to the proposition that "black lives matter" as much as any other human life. But Americans need to understand how their laudable moral concern is being exploited for purposes that a great many of them would not approve.