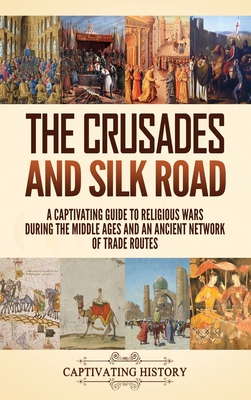 If you want to discover the captivating history of the Crusades and Silk Road, then keep reading...

Two captivating manuscripts in one book:

It could be said that European kings and nobles in the Middle Ages were Crusade mad. The enormous amount of fighting men who periodically sailed off to the Near East to do battle with Muslims are evidence of the widespread popularity of overseas adventurism at the time. The notion of a Crusade, in which large armies assembled from various regions of Europe for the purpose of doing battle with Turkish and Arab Muslims, became so fixed that it was expanded to include Crusades against heretical European Christian sects.

Here are just some of the topics covered in part 1 of this book:

Here are just some of the topics covered in part 2 of this book:

So if you want to learn more about the Crusades and Silk Road, scroll up and click the "add to cart" button