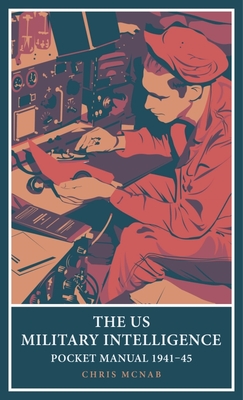 On December 7, 1941, an Imperial Japanese carrier strike force attacked the US Pacific Fleet at Pearl Harbor, taking advantage of what was one of the greatest intelligence failures in US history. Galvanized into action, the branches of the US military subsequently developed one of the greatest, albeit imperfect, intelligence-gathering and analyzing systems of the combatant nations, giving the American forces a window into the intentions of their enemies.

The picture of US military intelligence during World War II is a complex one, divided between the fields of signal intelligence (SIGINT) and human intelligence (HUMINT), combat intelligence and War Department intelligence, and between numerous different organizations. The documents collected in this manual reveal the theoretical and practical efforts in this massive intelligence operation. It ranges from fundamentals such as how to observe and record enemy activity and intercept enemy radio traffic through to specialist activities such as cryptanalysis, photoreconnaissance, interrogating prisoners, and undercover agent operations. This painstaking work required sharp, attentive minds, sometimes working behind a desk, sometimes right on the frontlines, but the outputs from intelligence operatives could ultimately make the difference between victory and defeat in battle.