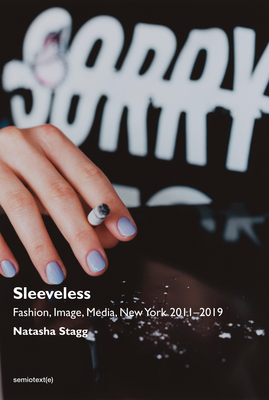 By Natasha Stagg
for information about purchasing this book, please contact orders@bookpassage.com

Essays and stories on fashion, art, and culture in the New York of the 2010s.

We were supposed to meet Rose McGowan at Café d'Alsace after the party, but she cancelled at the last minute. I saw on Twitter that she had been hit with a drug possession charge, which she insisted was a scheme to keep her Weinstein dirt quiet. I hadn't even read her Weinstein story…
I still wanted to know that the articles were being published, and in large quantities, but reading stories of abuse and humiliation was as stupefying as a hangover. I didn't feel empowered; I only felt more hopeless. I wanted to watch the patriarchy go up in flames, but I wasn't excited about what was being pitched to replace it. If we got all of it out in the open, what would we have left? My fear was that guilt would destroy the classics and there'd be no one left to fuck. All movies would be as low-budget and as puritanical as the stuff they play on Lifetime, all of New York would look like a Target ad, every book or article would be a cathartic tell-all, and I'd be sexually frustrated but too ashamed to hook up with assholes, or even to watch porn.
—from Sleeveless

Eve Babitz meets Roland Barthes in Sleeveless, Natasha Stagg's follow up to Surveys, her 2016 novel about internet fame. Composed of essays and stories commissioned by fashion, art, and culture magazines, Sleeveless is a scathing and sensitive report from New York in the 2010s. During those years, Stagg worked as an editor for V magazine and as a consultant, creating copy for fashion brands. Through these jobs, she met and interviewed countless industry luminaries, celebrities, and artists, and learned about the quickly evolving strategies of branding. In Sleeveless, she exposes the mechanics of personal identity and its monetization that propelled the narrator of Surveys from a mall job in Tucson to international travel and internet fame.

Sleeveless resonates with recent books by Sally Rooney, Halle Butler, and Ottessa Moshfegh, in which young women come of age but never quite feel a loss of innocence, often because they started out already familiar with the world's limits and hypocrisies.—The New Republic—