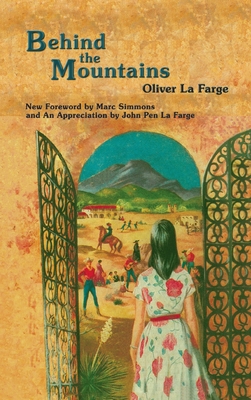 Imagine yourself in a secluded green valley high in the mountains of northern New Mexico. You are one of a large family who own a sheep and cattle ranch surrounding the little village of Rociada. Your father, a Spaniard, is the revered and distinguished Jos Baca, and your mother, Do a Marguerite, is of French descent. Everyone in the village loves and respects your family as their patrones, appealing to them in times of trouble and bringing them gifts at Christmas. Out of the everyday life of the Baca family, the village people, their customs and superstitions, Oliver La Farge has drawn, for example, the touching story of young Pino's disillusionment with his hero, the horse thief Pascual. Or there is the account of the wedding shoes that pinched until the bride was in tears. Then there is Carmen's discovery of treachery in the unlit hovel of the blind religious and the amusing tale of how Pino was punished for his arrogance the night the Archbishop came to dinner. But beneath this rippling surface of adventure, tenderness, and humor rides the gradual encroachment of the outside world on Rociada, one of the last survivals of the ancient Spanish way of life in the United States. Finally, this idyllic village succumbs to the invasion of tourists and the machine, and Rociada becomes only a dream of the past. Of his many books, "Behind the Mountains" has earned the affection of Santa Feans and New Mexicans, who continue to regard the book as a regional classic. Santa Fe has changed a great deal-more than most people are prepared to acknowledge-since Oliver La Farge died. The small-town atmosphere with "its warmth and rewards" he often spoke of and admired is swiftly becoming a thing of the past. But with his name appropriately enshrined over the doorway of a library in Santa Fe, perhaps the Modern Age will not be inclined to forget his love for the city and for the people of the American Southwest.