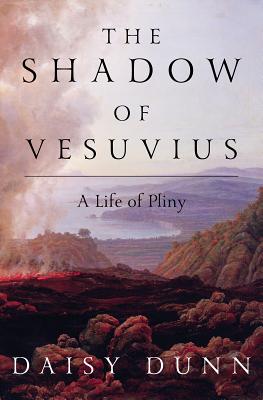 “A wonderfully rich, witty, insightful, and wide-ranging portrait of the two Plinys and their world.”—Sarah Bakewell, author of How to Live

When Pliny the Elder perished at Stabiae during the eruption of Vesuvius in 79 AD, he left behind an enormous compendium of knowledge, his thirty-seven-volume Natural History, and a teenaged nephew who revered him as a father. Grieving his loss, Pliny the Younger inherited the Elder’s notebooks—filled with pearls of wisdom—and his legacy. At its heart, The Shadow of Vesuvius is a literary biography of the younger man, who would grow up to become a lawyer, senator, poet, collector of villas, and chronicler of the Roman Empire from the dire days of terror under Emperor Domitian to the gentler times of Emperor Trajan. A biography that will appeal to lovers of Mary Beard books, it is also a moving narrative about the profound influence of a father figure on his adopted son. Interweaving the younger Pliny’s Letters with extracts from the Elder’s Natural History, Daisy Dunn paints a vivid, compellingly readable portrait of two of antiquity’s greatest minds.

The Shadow of Vesuvius is the definitive guide to Plinydom.

If you were writing a biography of Gaius Plinius Caecilius Secundus—or Pliny the Younger, the author of one of the most famous collections of letters surviving from the early Roman Empire—it would be hard not to start with the eruption of Mt. Vesuvius, on the Bay of Naples, in 79 A.D., for Pliny was the only writer to leave us an eyewitness account of the catastrophe. The English classicist Daisy Dunn… wisely does not resist the temptation… She succeed[s] in making Pliny [the Younger]…a poignant character, the kind of person who has to do the dirty jobs of an empire and, having done them, gets no compliments…. Neither Pliny knew that his homeland’s great mountain, Vesuvius, was nourishing in her bosom the extermination of so many of her people. This somehow makes the two men’s kinship closer.
— Joan Acocella - The New Yorker

If only Daisy Dunn’s book had been around back when I was an aspiring classicist… Dunn is a good writer, with some of the easy erudition of Mary Beard, that great popularizer of Roman history, and her translations from both Plinys are graceful and precise. Ultimately her enthusiasm, together with her eye for the odd, surprising detail, wins you over.
— Charles McGrath, New York Times Book Review

Only a writer as sure-footed as Ms. Dunn would even attempt such a challenge…. Her exploration of his life and times, and that of his uncle, has much to offer to readers, with its ground-up, kaleidoscopic view of a nine-decade span of Roman history.
— James Romm, Wall Street Journal

A delightful biography, interweaving extracts from [Pliny the] Elder’s Natural History with [Pliny the] Younger’s letters, speeches, and poetry into an insightful portrait of the men, their world, and their influence on people such as Giorgio Vasari, Frances Bacon, and Percy and Mary Shelley.... This is a rich, entertaining dual biography of two fascinating men, a revealing portrait of ancient Rome, and a celebration of nature that will appeal to fans of Mary Beard.

Rather than provide us with merely a biography of a magistrate, Dunn gives us a portrait of an entire way of life…. Dunn also knows how to work a sentence. Without ever veering into historical fiction, she consistently succeeds in bringing what might otherwise seem dusty and remote to vivid life…. If there is much about Pliny’s world that she makes seem familiar, then there is just as much that she makes seem very strange….The result is a portrait of the Roman Empire that gives the reader something of the shiver down the spine that Herculaneum can inspire: a sense that we are as close to the vanished world of two millennia ago as we are ever likely to get.
— Literary Review (UK)

Enthusiastic and vividly drawn.... An appreciation of both men, with frequent digressions on the Elder's opinions on oysters and metal scripture, the Younger's poetical ambitions and villas along Lake Como, and the effect of their dual legacy on future eras.
— Kathleen McCallister, Library Journal

The Roman Empire comes to life through the biographies of two influential men.... [Dunn] creates a vivid tapestry of the Roman world.... A sensitive, spirited investigation of the ancient world.
— Kirkus Reviews