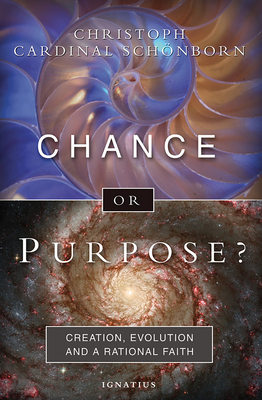 Cardinal Christoph Schönborn's article on evolution and creation in The New York Times launched an international controversy. Critics charged him with biblical literalism and "creationism".

In this book, Cardinal Schönborn responds to his critics by tackling the hard questions with a carefully reasoned "theology of creation". Can we still speak intelligently of the world as "creation" and affirm the existence of the Creator, or is God a "delusion"? How should an informed believer read Genesis? If God exists, why is there so much injustice and suffering? Are human beings a part of nature or elevated above it? What is man's destiny? Is everything a matter of chance or can we discern purpose in human existence?

In his treatment of evolution, Cardinal Schönborn distinguishes the biological theory from "evolutionism", the ideology that tries to reduce all of reality to mindless, meaningless processes. He argues that science and a rationally grounded faith are not at odds and that what many people represent as "science" is really a set of philosophical positions that will not withstand critical scrutiny.

Chance or Purpose? directly raises the philosophical and theological issues many scientists today overlook or ignore. The result is a vigorous, frank dialogue that acknowledges the respective insights of the philosopher, the theologian and the scientist, but which calls on them to listen and to learn from each another.

Cardinal Christoph Schoenborn, the Archbishop of Vienna, is a renowned spiritual teacher and writer. He was a student of Joseph Ratzinger (Pope Benedict XVI) and with him was co-editor of the monumental Catechism of the Catholic Church. He has authored numerous books including Jesus, the Divine Physician, Chance or Purpose?, Behold, God's Son, and Living the Catechism of the Catholic Church.