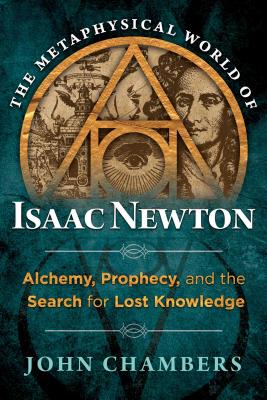 Newton’s heretical yet equation-incisive writings on theology, spirituality, alchemy, and prophecy, written in secret alongside his Principia Mathematica

• Shows how Newton’s brilliance extended far beyond math and science into alchemy, spirituality, prophecy, and the search for lost continents such as Atlantis

• Explains how he was seeking to rediscover the one true religion that existed prior to the Flood of Noah, when science and spirituality were one

• Examines Newton’s alternate timeline of prehistory and his study of prophecy through the Book of Revelations, including his prediction of Apocalypse in the year 2060

Isaac Newton (1643-1727) is still regarded by the world as the greatest scientist who ever lived. He invented calculus, discovered the binomial theorem, explained the rainbow, built the first reflecting telescope, and explained the force of gravity. In his famous masterpiece, Principia Mathematica, he described the mechanics of the physical universe with unimagined precision, proving the cosmos was put together according to laws. The perfection of these laws implied a perfect legislator. To Newton, they were proof that God existed.

At the same time Newton was writing Principia Mathematica, he was writing a twin volume that he might have called, had it been completed, Principia Theologia--Principles of Theology. This other masterpiece of Newton, kept secret because of the heresies it contained, consists of thousands of essays providing equation-incisive answers to the spiritual questions that have plagued mankind through the ages. Examining Newton’s secret writings, John Chambers shows how his brilliance extended into alchemy, spirituality, the search for lost continents such as Atlantis, and a quest to uncover the “corrupted texts” that were rife in the Bibles of his time. Although he was a devout Christian, Newton’s work on the Bible was focused not on restoring the original Jewish and Christian texts but on rediscovering the one true religion that existed prior to the Flood of Noah, when science and spirituality were one.

The author shows that a single thread runs through Newton’s metaphysical explorations: He is attempting to chart the descent of man’s soul from perfection to the present day. The author also examines Newton’s alternate timeline of ancient history and his study of prophecy through the Book of Revelations, including his prediction of an Apocalypse in the year 2060 followed by a radically transformed world. He shows that Newton’s great hope was that these writings would provide a moral compass for humanity as it embarked upon the great enterprise that became our technological world.

John Chambers (1939-2017) had a Master of Arts in English degree from the University of Toronto and spent three years at the University of Paris. He was the author of Victor Hugo’s Conversations with the Spirit World, The Secret Life of Genius, and The Metaphysical World of Isaac Newton. He published numerous articles on subjects ranging from ocean shipping to mall sprawl to alien abduction and contributed essays to Forbidden Religion: Suppressed Heresies of the West.

John Chambers has undertaken the valuable task of reemphasizing that a father of modern science had an open mind where alchemy was concerned and that Isaac Newton’s efforts to show a scientific rationale in the structure of the cosmos was driven by a desire to demonstrate as well as reveal it as the expression of divine intelligence, mystical but rationally intelligible, and not an accident of random numbers subject to chance. Newton was looking seriously for meaning, something modern scientists often consider beyond their remit.”
— Tobias Churton, author of Aleister Crowley in America

“Remarkably researched, exceptionally well-written, and extremely important, this book gives a much-needed glimpse into the mystical side of one of the West’s greatest minds. It also serves as an urgent reminder that science cannot be divorced from the spirit.”
— Richard Smoley, author of Forbidden Faith: The Secret History of Gnosticism

"In this detailed book, the late academic Chambers (1939-2017) takes readers into the strange spiritual and occult world of Isaac Newton (1643-1727). Newton, known primarily as a physicist, a mathematician, and the author of Principia Mathematica, also practiced alchemy, researched prophetic biblical notions, and wrote extensively on theology and religion.The book is aimed squarely at Newton fans, who will be delighted by Chambers’s insightful, thorough investigation."
— Publisher's Weekly

"Though I have studied both theology and philosophy through my academic career and practice astrology professionally, I was consistently bombarded with new information about all of these topics. Chambers, who unfortunately has passed since this book was published, has done a tremendous job of documenting his historical research and bringing it together for a cohesive and insight look into the theological studies of Newton. I highly recommend The Metaphysical World of Isaac Newton for anyone interested in ancient history, science, astronomy, alchemy or theology."
— Alanna Kali, Spiral Nature Magazine