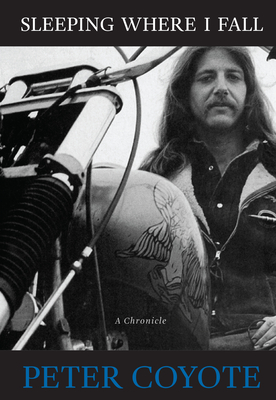 In his energetic, funny, and intelligent memoir, Peter Coyote relives his fifteen–year ride through the heart of the counterculture—a journey that took him from the quiet rooms of privilege as the son of an East Coast stockbroker to the riotous life of political street theater and the self–imposed poverty of the West Coast communal movement known as The Diggers. With this innovative collective of artist–anarchists who had assumed as their task nothing less than the re–creation of the nation's political and social soul, Coyote and his companions soon became power players.

In prose both graphic and unsentimental, Coyote reveals the corrosive side of love that was once called "free"; the anxieties and occasional terrors of late–night, drug–fueled visits of biker gangs looking to party; and his own quest for the next high. His road through revolution brought him to adulthood and to his major role as a political strategist: from radical communard to the chairman of the California Arts Council, from a street theater apprentice to a motion–picture star.

An ordained practitioner of Zen Buddhism and a politically engaged actor, Peter Coyote began his work in street theater and political organizing in San Francisco. In addition to acting in over 140 films, and working with directors such as Martin Ritt, Steven Spielberg and Roman Polanski, Coyote has won an Emmy for narrating the award–winning documentary "Pacific Century." He has also narrated "The West, " "The Dust Bowl," "Prohibition," and "The Roosevelts" for Ken Burns. In 1993 he was awarded a Pushcart Prize for "Carla's Story," published in Zyzzyva. He lives in Mill Valley, California.

"Sleeping Where I Fall is the eloquent record of Peter Coyote's personal journey through a fascinating period in American history. Beyond his personal story, Coyote documents that time and its participants as few others have." —San Francisco Chronicle and Examiner

"Sleeping Where I Fall chronicles with uncommon honesty a chaotic social movement that aimed to radically reform American society . . . the tales that make the final cut in Coyote's memoir are skillfully rendered, mixing hilarity and tragedy." —Los Angeles Times

"No less than the social experiments it documents, Sleeping Where I Fall is an honest contribution to the exercise in freedom that Americans call their 'lifestyle.'" —Village Voice

"Peter Coyote's shrewdly observant, cogently analytic and earthily detailed memoir of his years within the counterculture opens a door in 1998 and walks through it into the 1960s . . . Coyote reflects with maturity on the mistakes he and his peers made, but he affirms that the dream was worth having." —Washington Post