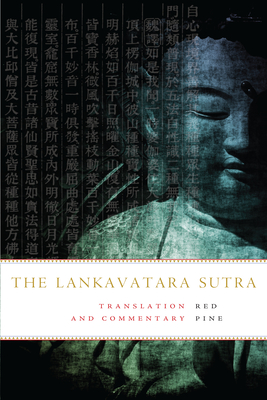 Having translated The Diamond Sutra and The Heart Sutra, and following with The Platform Sutra, Red Pine now turns his attention to perhaps the greatest Sutra of all. The Lankavatara Sutra is the holy grail of Zen. Zen's First Patriarch, Bodhidharma, gave a copy of this text to his successor, Hui–k'o, and told him everything he needed to know was in this book. Passed down from teacher to student ever since, this is the only Zen sutra ever spoken by the Buddha. Although it covers all the major teachings of Mahayana Buddhism, it contains but two teachings: that everything we perceive as being real is nothing but the perceptions of our own mind and that the knowledge of this is something that must be realized and experienced for oneself and cannot be expressed in words. In the words of Chinese Zen masters, these two teachings became known as "have a cup of tea" and "taste the tea."

This is the first translation into English of the original text used by Bodhidharma, which was the Chinese translation made by Gunabhadra in 443 and upon which all Chinese Zen masters have relied ever since.

In addition to presenting one of the most difficult of all Buddhist texts in clear English, Red Pine has also added summaries, explanations and notes, including relevant Sanskrit terms on the basis of which the Chinese translation was made. This promises to become an essential text for anyone seeking to deepen their understanding or knowledge of Zen.

Bill Porter (aka "Red Pine") is widely recognized as one of the world's preeminent translators of Chinese poetry and religious texts; he assumes the pen name "Red Pine" for his translations.

Writing as Red Pine, he was the first translator to ever translate the entirety of Han-shan's oeurve into English, published as The Collected Songs of Cold Mountain. Red Pine was also the first to translate into English the entirely of The Poems of the Masters. He has also translated several of the major Buddhist sutras, including the Heart Sutra, Diamond Sutra, and Platform Sutra.

Praise for The Lankavatara Sutra

Winner of the 2018 Thornton Wilder Prize for Translation

"Buddhism can be daunting to the casual Western reader—daunting in its antiquity, the strangeness and profusion of its names, and the complexity of some of its concepts . . . Red Pine eases the path to the Lankavatara Sutra with plentiful notes, explanations, and study questions, as well as his plainspoken translation. Through his work, seekers may get closer to the notions of perception and experience of perception the sutra teaches." —Library Journal