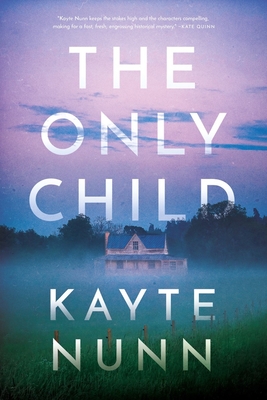 "Almost every graduating class had a girl who disappeared . . ."

A long-closed home for “fallen women” is the site of horrors old and new in this "taut, clever whodunit" (Kate Quinn) from the author of The Botanist’s Daughter.

1949: During the coldest winter Seattle has seen in decades, pregnant sixteen-year-old Brigid Ryan arrives at Fairmile, a home for “fallen women” run by the Catholic Church on a remote island in Puget Sound. She and her baby will disappear before the snow melts.

2013: Ex-cop Frankie Gray is escaping a career in ruins and hoping to reconnect with her teenage daughter, Izzy, while summering with her mother at The Fairmile Inn, soon to be a boutique hotel. But when an elderly nun who worked at the home in its former iteration is found dead in suspicious circumstances and then a tiny skeleton is discovered on the grounds nearby, Frankie goes looking for answers. Then Izzy disappears, and as Frankie races to find her, she turns up a secret that will force her to question her own history and the identity she thought she knew.

Over sixty years separate the disappearances at the Fairmile, but Frankie suspects that they may share the same dark root; in the suspenseful, atmospheric investigation that follows, she finds that the truth is as foggy as the rocky, isolated island on which that darkness thrived.

Kayte Nunn is the author of six novels, including The Botanist’s Daughter which was awarded the 2021 Winston Graham Prize for historical fiction. Her previous books have been sold into twelve territories. The Only Child is her first historical crime mystery. Born in Singapore, she has lived in England, the United States (in the Pacific Northwest), and now lives in the Northern Rivers of NSW, Australia.

The story carries all the elements of a classic gothic tale . . . that comes with a thrilling twist in the final pages
— Daily Telegraph on The Silk House

A great book entertains with a compelling narrative, one that keeps the reader’s attention while weaving in universal truths about the human condition during the best and worst of times. Kayte Nunn’s The Only Child will join Marge Piercy’s Braided Lives, along with films such as Blossoms in the Dust and Vera Drake, as a reminder of what is at stake when the reproductive rights and choices of girls and women are diminished. It is a well-paced story with finely drawn characters - and it's hard to put down.

The Only Child is a taut, clever whodunit revolving around the pangs of motherhood and the lengths women will go for their children. Past and present collide when a 1940s teenager is sent to a Catholic home for unwed mothers and embarks on a battle against the nuns to keep her child; sixty years later, a burned-out cop's effort to reconnect with her own daughter is thrown in jeopardy when a nun is murdered at a local senior center. Kayte Nunn keeps the stakes high and the characters compelling, making for a fast, fresh, engrossing historical mystery!

I love it when I start a book and am immediately pulled into the story. Only Child by Kayte Nunn delivered on that count and more. The depiction of a pregnant girl sent in shame to Fairmile in 1949, interwoven with the modern-day tale of the family now occupying the same building, was expertly detailed. Richly drawn characters, masterful storytelling, and a slowly unraveling mystery kept me on the edge of my seat, right up until the satisfying ending. Highly recommended.

A deeply moving and unflinching look at a past when women's reproductive rights were denied--and the devastating trauma it caused. This is a harrowing, heartbreaking, and ultimately hopeful story that resonates in today's world.
— Susan Wiggs

The perfect pick for your next mother-daughter murder mystery book club. The only times I put it down was when I needed to refill my wine glass.
— Chelsea Cain

This reminder of the harrowing realities faced by women pre–Roe v. Wade couldn’t be more timely.